The love for the board game Root is palpable. This Kickstarter game was launched in 2018 to rapturous welcome by almost everyone in the board gaming community. It’s delightful artwork and intrinsically adorable woodland folk characters make this a desirable game just from looking at it let alone getting into the asymmetric gameplay. We’ve compiled a few of the reviews from some headliners so that you can see what everyone is saying about Root the board game.

Board Game Reviews by Zatu Games

I can't think of a game that's received more hype in 2018 than Root. Cole Wehrle's asymmetrical game of 'woodland might and right' has been in the spotlight since Origins back in June. I follow a lot of board game content on YouTube, social media and podcasts and this game has been popping up everywhere. Root has been touted as the spiritual successor to Vast, a popular game released in 2016. Though the games have different designers, both are published by Leder Games and both feature brilliant art from Kyle Ferrin, whose name quite rightly appears on the front of the box alongside Wehrle. Both Vast and Root share a feature that's rare in popular board games: complete asymmetry.

There's so much to talk about with Root so it was impossible not to run on for 2,000 words

Root certainly has all the looks of a carefree romp in an enchanted forest. But happy-go-lucky this forest is not. Despite appearances, Root is a cutthroat war game where you’ll mercilessly attack opposing factions and battle for control of the clearings spread around the map. Root isn’t only deceiving visually. If you hear about a war game and think it’s going to be some boring or dry game of chits and counters, you’ll also be pleasantly surprised. Let’s take a closer look at how Root plays. Root is an asymmetric war game for 2-4 players. It plays in 45-60 minutes and is best with 4 players. 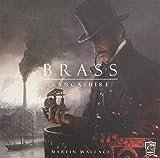 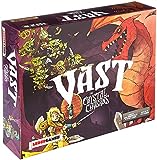 Appearances can be deceptive. Root, for instance, with its smiling, saucer-eyed woodland animals, looks like it might be a nice, gentle game of woodland chicanery, but it’s actually one of the most grimily-satisfying anything-goes free-for-alls since Kemet. Root’s influences are obvious: equal parts Redwall and the latter stages of the Vietnam War. It’s a salutary lesson in the futility of empire-building, a brutish quagmire which is only won on points, never by knockout. And no matter how cute it seems, it’s a game of slaughter in shades of grey. Read the full article here.

By this point, it’s safe to say that the release of Root has been a smashing success. Copies at GenCon were sold out at the Leder Games booth by noon each day, and Kickstarter backers (myself included) have been awash with positive comments regarding this asymmetrical woodland wargame. As we move towards the retail release of Root for all the eager buyers not fortunate enough to snag one in Indianapolis, I think I’m pretty safe in saying this game is a strong contender for Game of the Year 2018. And that’s due to one very important fact...